Let the hang-wringing begin! The Knicks’ defensive anchor went down in the fourth game of the season in a humiliating home loss against the lowly Charlotte Bobcats. Chandler is only supposed to be out for 4-6 weeks, but that’s from the Knicks medical staff, so there’s a slim chance that Chandler is currently covered in knee leeches and not long for this world. Without the defensive big, the Knicks are reduced to relying on Bargs, STAT, Kenyon Martin, and Cole Aldrich for minutes at the 5. Basically, the ‘bockers are doomed unless they’re able to somehow drop 110 a night on folks, and that doesn’t appear to be something you can rely on from this group. The BSports Projection System predicted that the Knicks would drop from 46-38 with a healthy Chandler in the lineup to a 42-39 regular season record without him. That might not appear like a lot, but the Knicks’ chances of winning the conference without Chandler drop from 5.5 to 2.4.

I HAVE COME FROM THE FUTURE WITH A HIGHLIGHT REEL OF STAT’S 2013-2014 CAMPAIGN. BEHOLD!

This one kills me. I fell out of sports during college, and it wasn’t until the Nate Robinson era–YES, IT WAS THE NATE ROBINSON ERA–when I started consistently watching the NBA and the Knicks again. But what really drew me back was Stoudemire and his proclamation that the Knicks were back. Those early STAT-Gallo-Fields-Felton days were some of my happiest as a sports fan, and I truly believed that our MVP candidate would lead us to the promised land.

But now, it’s clear that the Stoudemire we fell in love with in 2010 is never coming back. Dude can’t jump over a phone book. Dude can’t outjump Z-Bo. And dude just can’t change up his game. He still tries to explode to the rim and cut through double teams, but now he’s getting blocked by Cody Zeller. CODY ZELLER. That’s our season in a nutshell, and there is no hope, I mean no hope whatsoever, until next year when Amar’e Stoudemire, former MVP candidate, is transformed into AMAR’E’S EXPIRING CONTRACT.

We are born dead.

Woah! Bargnani scored 25 against the mighty Charlotte Bobcats!? Gee whiz. I bet this is sustainable and will surely carry over against the Spurs in less than 48 hours.

Woah! JR Smith is back? Gee whiz. I bet he’s really motivated now that his weed suspension is over. Sick dance, bra.

Oh. Oh no. Look at Bargs. What’s he doing? He’s nowhere near an offensive player and he impotently hops away from Leonard galloping into the lane. Oh no.

The Second Coming of John Starks went 1-9 in his 2013 debut in an early Sunday rout. Let me sum up the game for you. On the very first play, Tony Parker ran a pick and roll, and the Knicks–who always switch everything–ended up with Bargs covering everybody’s favorite cheese eating surrender monkey. Parker isolated on the key and humiliated Bargs with an effortless layup. Now repeat that for 48 minutes, and you have the game.

I, however, remained calm by building this Gundam Wing Zero Wing model throughout the game:

The Knicks are currently 2-4, and if the playoffs began today, they’d be a lottery team. That’s an absolutely insane analysis considering we’re only two weeks into the season, but we’re talking about the Knicks and hyperbole is part of the game. Already, Knicks Twitter has begun the autopsy on the 2013-2014 season, and most ‘bockers fans are looking ahead to 2015 when Chandler, STAT, and Amar’e’s contracts come off the books.

Before we look ahead to the future, I want to analyze when exactly everything went wrong. Most people blame the failures of the 2010-present Knicks on Dolan pulling the trigger on the Melo trade and forfeiting major assets for a player that probably–and the key is probably because the one thing we know about Melo is he values cash over championships, and he might have re-upped with Denver if a trade never materialized before the lockout and new CBA–would have signed outright in free agency. HOWEVER, I think we really need to look at when Donnie Walsh picked up Chauncey Billups’ option right before the 2011 lockout. If Walsh never picked up that option, Billups’ contract would’ve fallen off the cap, and the Knicks would’ve had the money necessary to sign Tyson Chandler outright. In reality, the Knicks used the amnesty clause on Billups in order to get Tyson, but if the team simply let Chauncey’s contract expire, they would’ve been able to use the amnesty on Amar’e somewhere in 2012 to bring in another big player. I don’t care what you say about the Melo trade. I’m putting the blame squarely on picking up Billups’ option.

The Knicks have two tilts against the Hawks next week, and Jeremy Lin makes his return to Madison Square Garden in our continuing parade of despair. James Dolan has already guaranteed a win against the Hawks, but if this dumpster fire gets any worse, expect major panic moves out of New York. Insane optimists are throwing around Shumpert/THJ/Bargs for Rondo/Wallace or Shumpert for the Manimal outright scenarios, but I don’t think the Knicks are going to get many good offers considering they don’t have any first rounders in this year’s loaded draft. If things continue the way they’re going, I expect Dolan to axe Woodson and make a horrible trade for an older player like Gasol or Z-Bo. However, I hope they don’t panic and stay the course. Despite how terrible the Knicks have been this season, they still have a legit chance at the division because the Nets are trotting out the corpses of Kevin Garnett and Paul Pierce every night. The ‘bockers definitely need more size in the front court however, and instead of trading for someone who helps in the shorterm but forces the team to go with a Melo at the 3 lineup when Chandler returns–Faried, Gasol, whomever–I hope they go for someone who can return to the bench later, someone steady, someone who can take a charge. Yes, I’m talking about Jared Jeffries, the franchise savior. 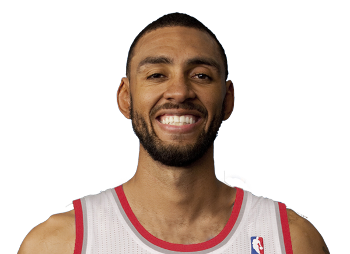