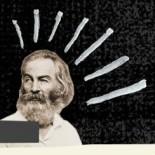 #KnicksTapeNationWeekInReview: SO PLEASE FORGIVE WHAT I HAVE DONE NO YOU CAN’T STAY MAD AT THE SETTING SUN ‘CAUSE WE ALL GET TIRED AND EVENTUALLY THERE IS NOTHING LEFT TO DO BUT SLEEP

“I’m so, so sorry Amar’e. I never wanted this to happen to you. I never wanted to see you this way. You know we never believed in Carmelo, right? We believed in you. When you joined the Knicks and told us they were back, we believed you. We believed in you. You were an MVP candidate then, but more importantly, you were our MVP candidate. You designed menswear. You wrote books. You said everything was ‘phenomenal’, and truly, for a time it was. I am sorry, Amar’e, for what you have become. I am sorry, Amar’e, for what we have done to you, for what the bone crushing machinery of the National Basketball Association has done to you body. I am sorry. I am so, so sorry.”

Look at it. I SAID LOOK AT IT. Do you see Earl “Pipestrong” Smith JR pleading with Carmelo to pass to a wide open #ItalianMamba? Do you see it? Do you really see? Look at Melo shoot into coverage. Look at it. Look at Earl who probably thinks Steve Novak returned from the Canadian wilderness for one final spot up three. Look at it.

Taste my anguish. Know my pain. We are born dead.

I took a job as a tenure track assistant professor in Indianapolis in 2012. My only reservation–ask anyone who knows me–was this: I would now have to move to a place where people supported the Indiana Pacers, a place where people actually revered Reggie Miller. During the on-campus interview, I actually endeared myself to my future colleagues when I devolved into a rambling speech about how Reggie Miller is the worst human being in the vast expanse of time and space and that John Starks is and forever will be a saint. As the move neared, my thoughts about the Pacers softened. I rooted for them when they played the Heat in the 2012 playoffs, and I thought that perhaps I could separate Reggie Miller’s Pacers from these Pacers who, so far, had never really tortured my beloved Knickerbockers in any meaningful way.

I am surrounded by teenagers in Roy Hibbert jerseys, surrounded by teenagers in Reggie Miller throwbacks. Once, in a class evaluation, a student wrote “cool class, but I ❤ Reggie Miller forever”. During the 2013 Eastern Conference Semi-Finals–or as I call it, “THE SPIRIT OF JOHN STARKS RETURNS IN THE GUISE OF EARL ‘PIPESTRONG’ SMITH JR”–my girlfriend and I braved the streets of Indianapolis in Ewing unis and laughed in the faces of Pacer diehards. And what is my reward?

I screamed at this game in the warm bar of the Aristocrat. I screamed. I screamed. I watched the Pacer fans smirk at me and leave after overtime, after Shumpert’s phantom foul–the spiritual successor to John Starks’ phantom headbutt–and I screamed.

I screamed. I still scream. I will forever scream. This is our destiny, and we are doomed.

What is the point of anything? Why do we do this to ourselves? I don’t have to follow the Knicks. I could be reading or writing or living my life, yet instead, I find myself in the darkness clutching my bourbon while screaming, “No, JR, no!” over and over again. This is not how human beings are supposed to behave. This is not a life.